Austria on Friday announced a significant tightening of the Covid restrictions across the country, with unvaccinated people to be refused entry to restaurants, hairdressers, and events. The changes are effective from November 8th.

For ERPUG attendees, the new rules have no new consequences unless you are unvaccinated, do NOT have a certificate that you have been ill and recovered in Covid-19 for the past three months, or have NOT taken the first injection of the vaccine and together with that certificate have a valid PCR test.

Those participants who do not meet the requirements will, unfortunately, be refused to participate in this year's ERPUG.

Latest news from Down Under July 2015

A lot has a happened since the arrival of the first Traffic Speed Deflectometer (TSD) in Australia. The fully integrated truck and trailer has now completed its first round of surveys in Queensland, New South Wales and New Zealand where it collected both deflection and pavement condition data across a combined total of 40,000 kilometres of state highways and roads of regional importance (see Figure 1). To complete the surveys the TSD had to travel a distance of over 100,000 kilometres (not to mention a return boat trip across the Tasman). The data was collected over a 12 month period.

During its travels the TSD generated significant interest and was the subject of TV news reports and newspaper articles like the one shown in Figure 2.

The TSD is now back in Queensland for the second time, where it is half way through a 20,000 kilometre survey.

Several improvements were made to the TSD to help it cope with the harsher Australian climate, particularly in the outback. These included overhauling the air conditioning system, to ensure a more consistent temperature in the trailer, and also redesigning the measuring wheel, which fell off three times early on in the survey program. By the time the TSD reached New Zealand all the problems had been resolved and the survey was performed without any downtime for mechanical issues.

In April 2015 a workshop was held in Brisbane to assess the performance of the TSD during its first year of operation. It received a positive endorsement from all three states and now several other road agencies are interested in undertaking TSD surveys on their road networks.

Australian road agencies have long been committed to harmonising the collection and reporting of pavement condition data and earlier this year a new Austroads report was published entitled A Common Data Output Specification for Texture, Cracking, Strength and Skid Resistance. For those who are interested, a copy of the report can be found here: http://www.austroads.com.au/news-events/item/237-harmonising-road-condition-data-management

Further progress has been made on Austroads project AB1907 Update of Road Condition Monitoring Specifications, Test Methods and Commentaries with a new format being introduced for all existing test methods. The rutting and roughness test methods were also updated to include provision for the use of 2D and 3D sensors.

New test methods for the automated collection and reporting of cracking as well as deflection measurement using the TSD are due for publication later this year.

For more information on the above, or how things are progressing in Australia, please feel free to contact Richard Wix at richard.wix@arrb.com.au

What’s happening Down Under? 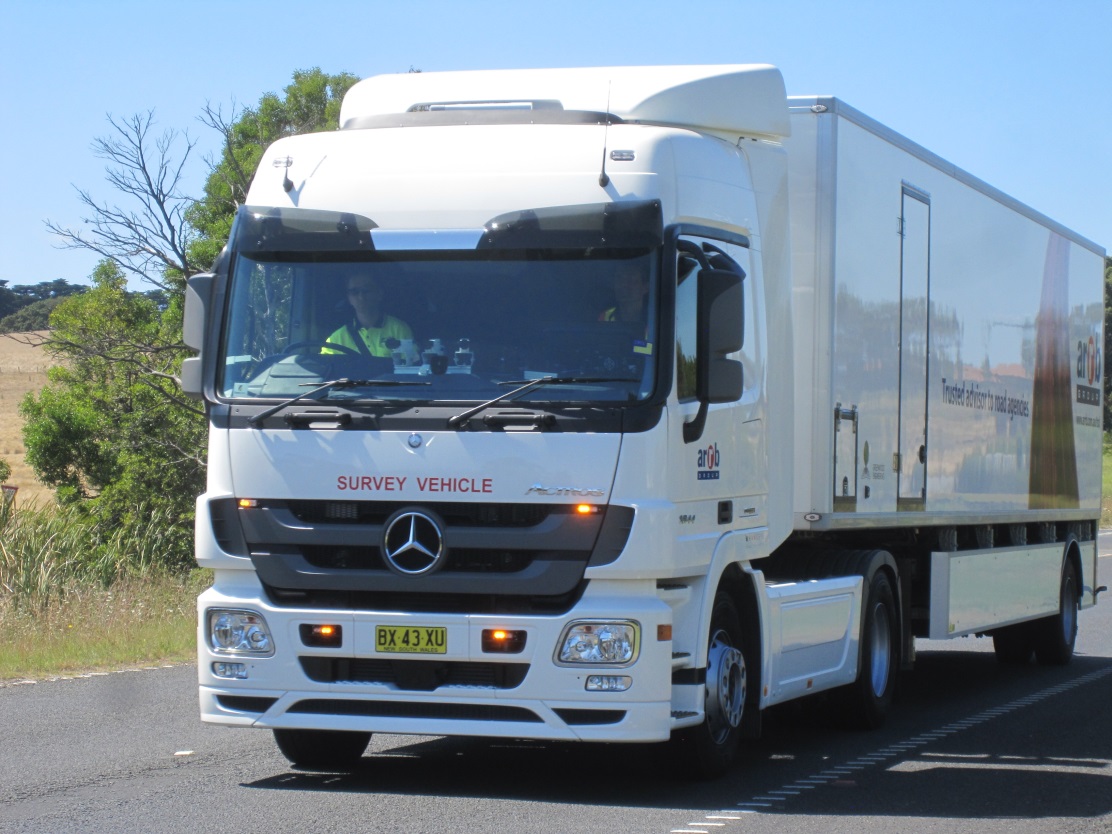 For more information on any of the above, please feel free to contact Richard Wix at richard.wix@arrb.com.au